War as a Mediated Event

News coverage of news coverage: On the possible instrumentalisation of media critique during the Third Gulf War

Since the last Gulf War, interest in the role of the media in times of war has clearly increased. Debates have not only been restricted to science, where wartime coverage has always been a relevant research topic. The media itself has also participated in discussions. In particular, much attention has been paid to the strategy of using "embedded journalists" and the biases of news coverage.

The "Coverage of News Coverage" of the Third Gulf War was the subject of an empirical research project. A critical observation of war coverage was reconstructed through quantitative and qualitative analyses of the media. The study, originally created in the context of the Media Critique Project, was promoted to an independent project with a new accent on the problem and with an enhancement of the empirical basis, using additional German and American print media. In this context, the possible instrumentality of media critique as a vehicle of bias for or against US politics in the Third Gulf War came to the fore.

Taking a broader view, an issue of M&K explored the relationship between media and politics during wartime. Guest publishers of the issue Christiane Eilders and Lutz M. Hagen included an update of the actual state of affairs of current research as a preface to the issue. The issue included articles about the presentation and effects of war coverage, as well as articles about relevant actors in war communication.

What role does social media play at the 2015 Hamburg state election? 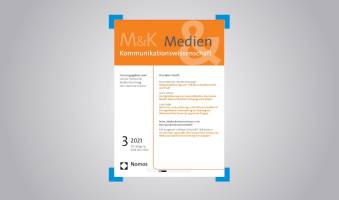 The articles in issue 3/2021 of M&K focus on everyday practices of digital participation in neighbourhoods and cities (Nitschke/Schweiger), the digitalisation of lifestyle politics (Leißner) and the use of scientists as opportune witnesses (Anter).   Since 2021, M&K has been publi... 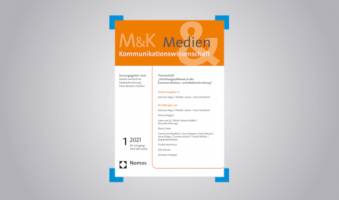 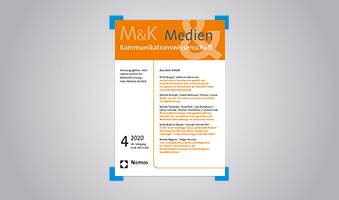 The articles in issue 4/2020 M&K focus on journalistic ethics of responsibility and sexual abuse (Philip Baugut / Katharina Neumann), on Netflix and disruptive innovations in the age of digitalization (Hendrik Michael / Sophie Reitmeier / Miriam Czichon), on media coverage of autonomous driving... 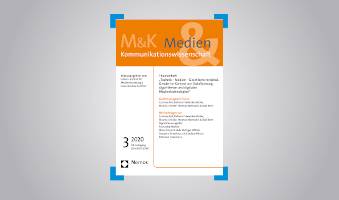