As editor-in-chief of the industry magazine journalist, Anna von Garmissen has reported on the media business in Germany for many years. Now she is researching it from a research perspective. In this BredowCast, she talks about how she experienced the change from practice to research, and what separates or connects media journalism and media research.

"As a society, we cannot afford to NOT report on the media landscape at all!" says Anna von Garmissen. For more than twenty years, she has critically observed journalism in many well-known industry journals (journalist, kress, Übermedien, the media pages of the Süddeutsche Zeitung) and knows about the necessity of critical monitoring of media performance. This becomes particularly clear in the current pandemic situation. Many media companies have neglected the issues of transparency and credibility, for example, in the past. "This is now affecting some of them. They have to do a lot more to make up for it." Media journalism has to keep an eye on these developments and let a broad audience participate in them.

Anna von Garmissen has been working as a researcher at the HBI since April 2021. She sees her background as a media journalist as an advantage. "I bring in new aspects, possibly have different approaches and of course a corresponding network within the journalist:in bubble. That's never a bad thing."

However, she also sees a challenge. Due to her personal experiences and her connection to journalism, the research topics are emotionally close to her. In her current project, "Journalism under Duress", she is researching current threats to journalists and how they deal with them - from hate mail to physical attacks at demonstrations. "The topic affects me a lot; probably more than some colleagues who have a greater distance to the matter."

Bridge between Research and Practice

It would be desirable for media journalism as well as media research if the relationship between the two fields intensified. "As a media journalist, you often only get to see what is happening in research at the margins. That is a pity. We need more stable bridges.” 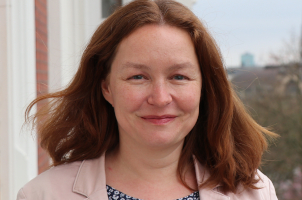